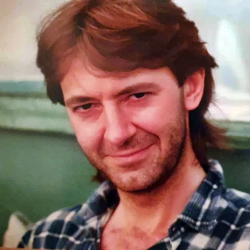 Tim White, (4 April 1952 – 6 April 2020) a prolific science-fiction artist whose images adorned the titles of scores of books. White’s first cover commission came in 1974, for Arthur C. Clarke’s The Other Side of the Sky. Thereafter, white was a prolific cover artist, creating imagery for a who’s who of sci-fi and fantasy that includes Robert A. Heinlein, Frank Herbert, August Derleth, H. P. Lovecraft, Piers Anthony, Roger Zelazny, and Bruce Sterling. The Science Fiction Encyclopedia describes White as “a representative of a new school of super-realists that began shaping British sf art in the mid-1970s.” The entry goes on to note that “Though Chris Foss and Jim Burns were equally influential, there is a case for calling him the finest technician in this tradition, as his use of very fine detail imbues his paintings with a luminous clarity sometimes reminiscent of René Magritte (1898-1967) or, rather differently, of Andrew Wyeth (1917-2009).” 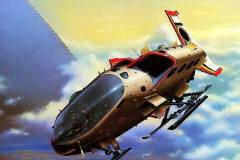 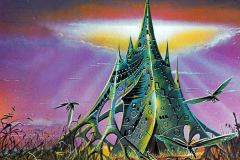 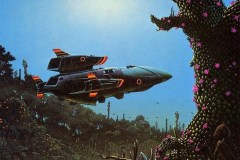 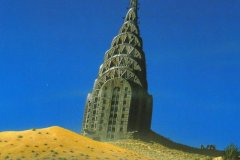 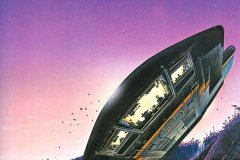 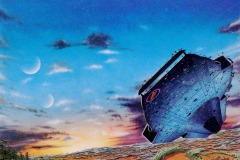 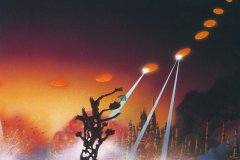 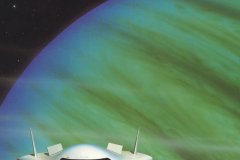 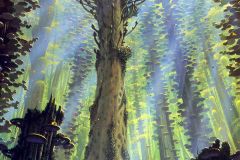 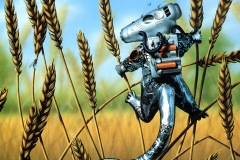 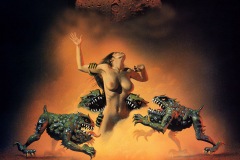 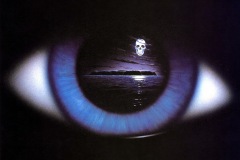 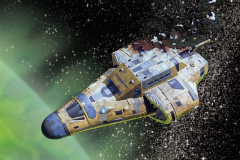 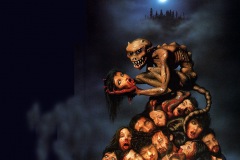 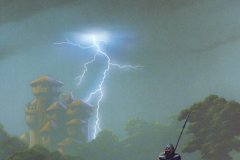 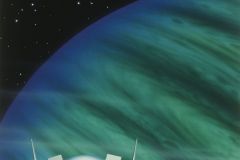 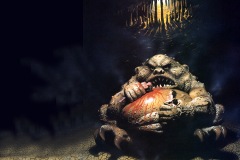 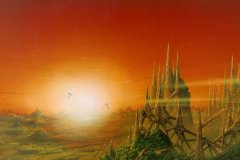 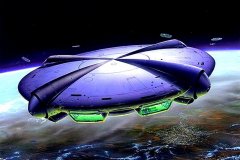 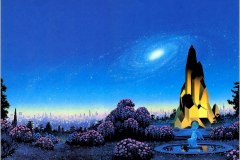 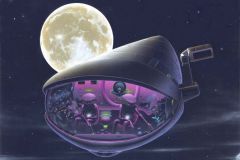 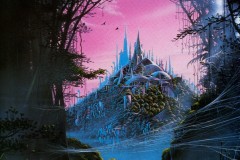 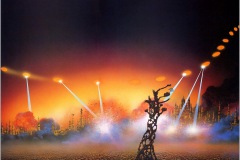 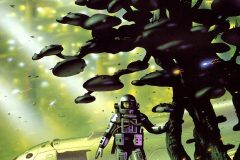