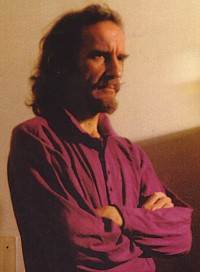 Bruce Pennington (born 10 May 1944, in Somerset, England) is a British painter, perhaps best known for his science fiction and fantasy novel cover art. Pennington’s works have largely featured on the covers of novels of Isaac Asimov, Clark Ashton Smith and Robert A. Heinlein, adopting both science fiction and fantastical themes. Pennington’s past of speculation and youthful wonderment lead to his current outlandish form and style. Pennington’s works are largely characterised by bold, daring colours; rich pinks and blues sustaining his continuing motifs of speculation as well as precise brush strokes, harmonious pigment blending as well as the acute concentration in the detail of his depicted subjects, usually landscapes of other times or worlds.Pennington, earlier disenchanted with traditional art methods, pursued his youthful fascination with that of the imagined and speculated. Pennington attended the Ravensbourne School of Art in Bromley during the early 1960s. He began working as a freelance illustrator in 1967. In 1976, Paper Tiger Books published an LP-sized graphic album, Eschatus, featuring Pennington’s paintings inspired by the prophecies of Nostradamus. They followed this, in 1991, with a graphic album, Ultraterranium, collecting various private and commercial works. 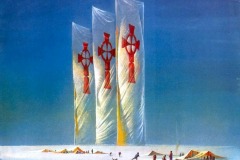 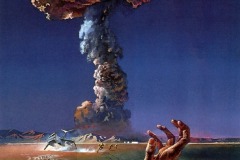 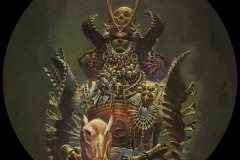 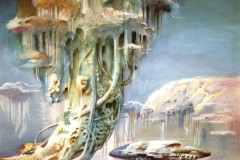 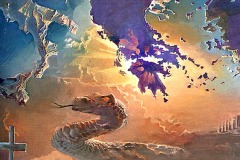 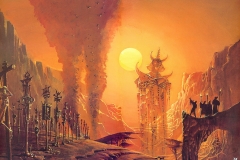 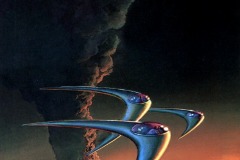 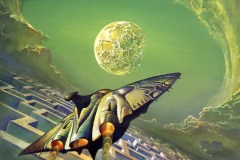 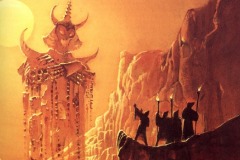 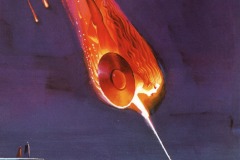 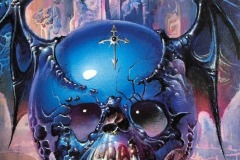 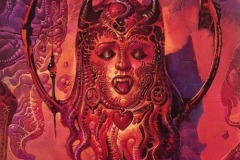 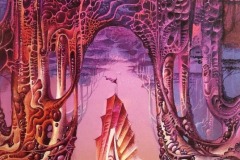 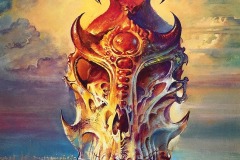 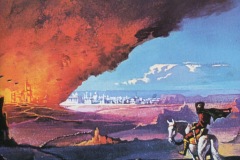 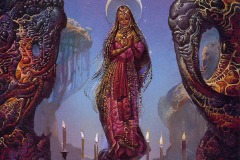 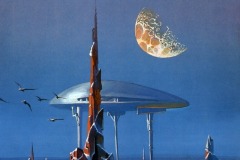 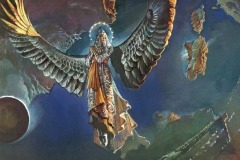 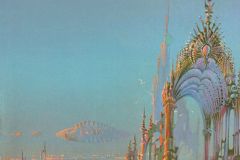 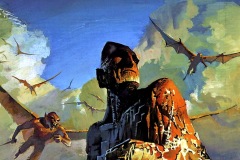 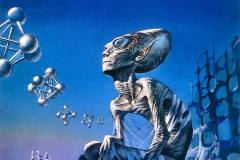 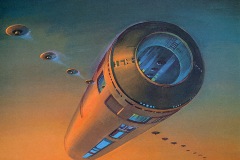 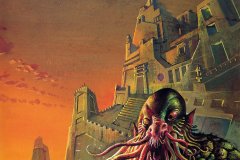