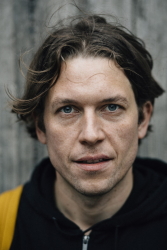 Simon Stålenhag (born 20 January 1984) is a Swedish artist, musician, and designer specialising in retro-futuristic digital images focused on nostalgic Swedish countryside alternate history environments. The settings of his artwork have formed the basis for the 2020 Amazon television drama series Tales from the Loop. Stålenhag grew up in a rural environment near Stockholm, and began illustrating local landscapes at a young age. He was inspired by different artists, including Lars Jonsson. Stålenhag experimented with science fiction artwork after discovering concept artists such as Ralph McQuarrie and Syd Mead; initially, this body of work was done as a side project, without any planning behind it. Thematically, his work often combines his childhood with themes from sci-fi movies, resulting in a stereotypical Swedish landscape with a neofuturistic bent. According to Stålenhag, this focus originates from his perceived lack of connection with adulthood, with the science fiction elements being added in part to draw audience attention and partly to influence the work’s mood. These ideas result in a body of work that can feature giant robots and megastructures alongside regular Swedish items like Volvo and Saab cars. As his work has evolved, Stålenhag has created a backstory for it, focused around a governmental underground facility. In parallel with the real-life decline of the Swedish welfare state, large machines slowly fail, and the eventual result of this remains a mystery. In a 2013 interview with The Verge, Stålenhag said, “The only difference in the world of my art and our world is that … ever since the early 20th century, attitudes and budgets were much more in favour of science and technology.” Outside of his usual canon, Stålenhag also drew 28 pictures of dinosaurs for the Swedish Museum of Natural History’s prehistoric exhibits after he rediscovered his childhood interest in the creatures, and contacted the museum to see if he could do anything. In 2016, he followed this with pictures of hypothetical results of a rising ocean under climate change for Stockholm University’s Resilience Centre. He also did some promotional artwork for the sci-fi video game No Man’s Sky. Stålenhag uses a Wacom tablet and computer to illustrate his work, which is designed to resemble oil painting. Initially, he attempted to use various physical media to mimic a more traditional style, including gouache. Even after switching to digital methods, he has stated that he puts “a lot of effort into making the digital brushes behave naturally and preserve a certain amount of ‘handwriting’ in the brush strokes.” The majority of his work is based on pre-existing photographs that he takes; these are then used as a starting point for a number of rough sketches before the final work is completed. 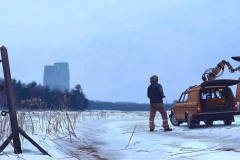 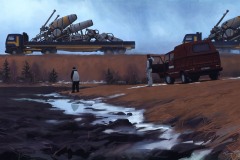 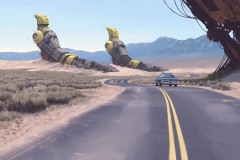 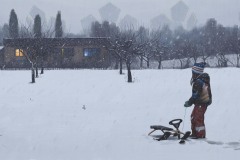 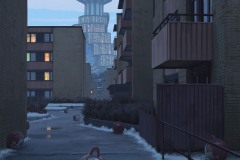 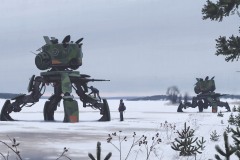 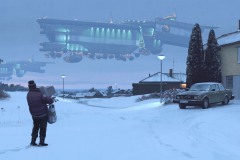 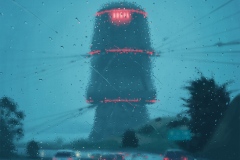 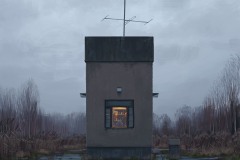 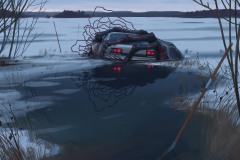 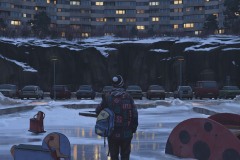 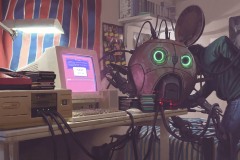 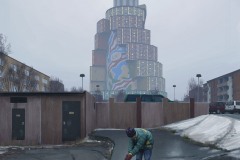 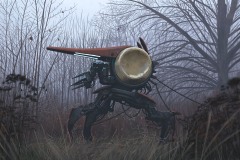 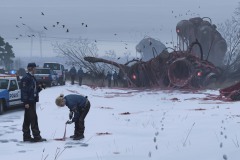 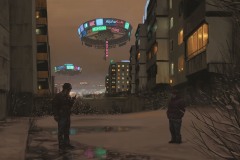 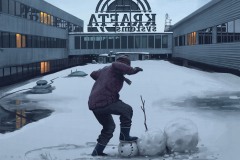 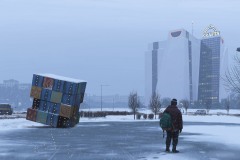 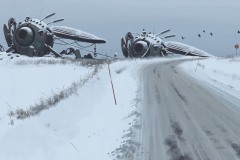 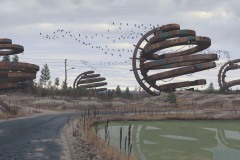 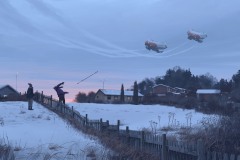 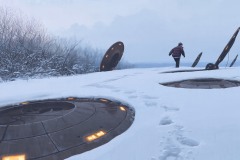 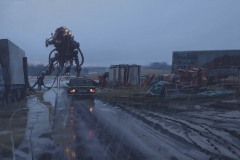 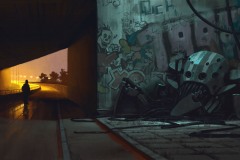