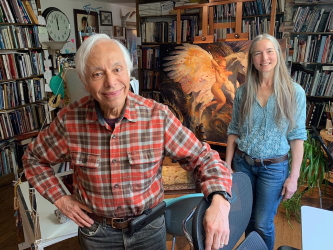 Boris Vallejo was born in Lima, Peru. He began painting at the age of 13, in 1954, and obtained his first illustration job three years later, in 1957, at the age of 16. He attended the Escuela Nacional Superior Autónoma de Bellas Artes on a five-year scholarship, and was awarded a prize medal. After emigrating to the United States in 1964, at the age of 23, he quickly garnered a fan following from his illustrations of Tarzan, Conan the Barbarian, Doc Savage and various other fantasy characters (often done for paperback fiction works featuring the characters). This led to commissions for movie poster illustration, advertisement illustration, and artwork for various collectibles – including Franklin Mint paraphernalia, trading cards, and sculpture. Along with Julie Bell, Vallejo presents his artwork in an annual calendar and various books. Vallejo’s work is often compared to the work of Frank Frazetta, not only because it is similar stylistically, but also since Frazetta painted covers for paperbacks of some of the same characters. Vallejo’s preferred artistic medium is oil on board, and he has previously used photographs to combine discrete images to form composite images. Preparatory works are pencil or ink sketches, which have been displayed in the book Sketchbook. He and Julie Bell have worked on collaborative artworks together, in which they sign the artwork with both names. Vallejo has created film posters for numerous fantasy and action productions, including Knightriders (1981), Q (1982), and Barbarian Queen (1985). He has also illustrated posters for comedies, notably National Lampoon’s Vacation (1983), European Vacation (1985), Nothing But Trouble (1991) and Aqua Teen Hunger Force Colon Movie Film for Theaters (2007), co-created with Bell.

Julie Bell (born October 21, 1958)  is an American fine artist, illustrator, photographer and bodybuilder. She is a fantasy artist and a wildlife painter. She is one of the main representatives of the heroic fantasy and fantastic realism genres. Bell has won numerous Chesley Awards and was the designer of the Dragons of Destiny series. She also has won numerous first place awards in the Art Renewal Center’s International Salon and has been named as a Living Master. Julie Bell married and later divorced scientist and writer Donald E. Palumbo. During this marriage she gave birth to two sons, Anthony and David Palumbo, who subsequently also became professional artists. Later, she married artist Boris Vallejo. Julie has made a large contribution to the Fantasy and Science Fiction genre and her artwork has appeared on hundreds of book covers, comic books, trading cards, and various collectibles. Her work can be seen worldwide in major advertising campaigns, album covers, posters, and collectibles of all kinds. 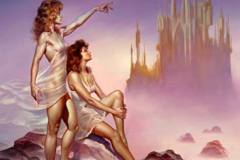 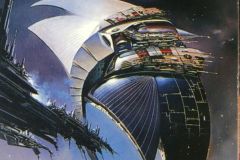 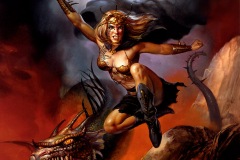 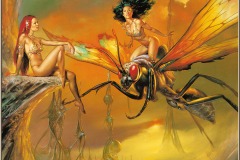 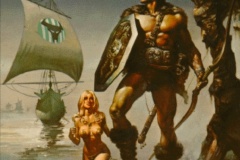 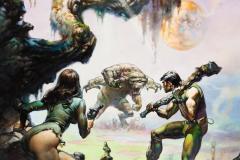 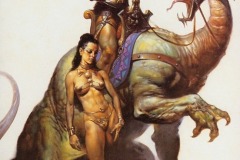 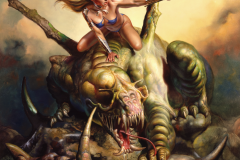 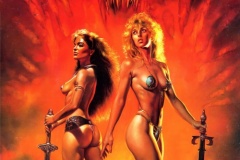 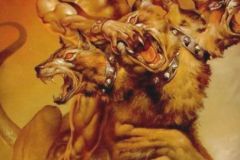 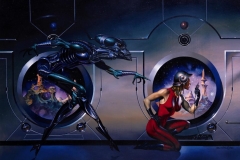 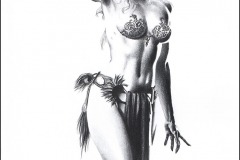 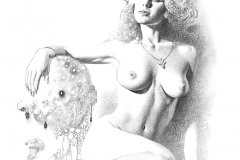 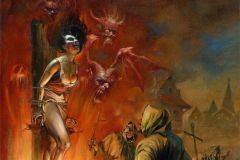 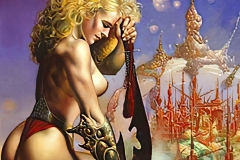 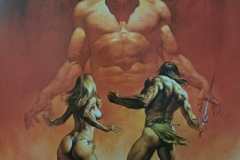 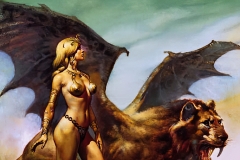 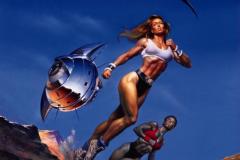 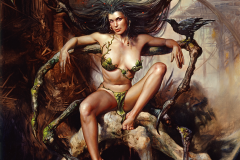 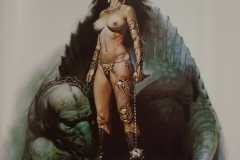 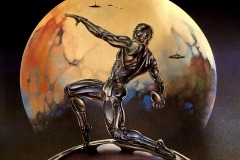 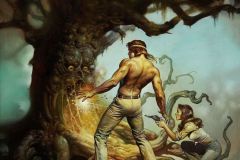