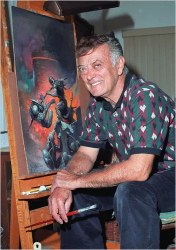 Frank Frazetta (February 9, 1928 – May 10, 2010)
Frank Frazetta was born on February 9th 1928 to Alfonso and Mary Frazzetta in Brooklyn, New York. As soon as Frank was able to pick up a pencil, everyone recognized his talent. At age four he sold his work to his first fan, his grandmother. At the early age of 8 years old, Frank enrolled in the Brooklyn Academy of Fine Arts and spent his adolescence studying under Italian art teacher, Michael Falanga. After Falanga passed away, Frank took it upon himself to learn more about art and was mostly self taught. Throughout his teenage years, Frank made a living working in comics. He worked for EC Comics, National Comics, Avon Comics and several others. In the late 50s Frank married his wife, Eleanor Kelly Frazetta. Together they had four children, Frank Jr, Billy, Holly and Heidi. By 1964, Frank was working on movie posters and started producing paintings for paperback editions of adventure books. Frazetta’s paintings have been used by a number of bands for their album covers. The cover of Wolfmother’s debut album features Frazetta’s “The Sea Witch”Frazetta’s paintings have been used by a number of recording artists as cover art for their albums. Molly Hatchet’s first 2 albums feature “The Death Dealer” and “Dark Kingdom” respectively. Dust’s second album, Hard Attack, features “Snow Giants”. Nazareth used “The Brain” for their 1977 album Expect No Mercy. He was the subject of 2003 documentary, “Frazetta: Painting With Fire,” and was inducted into the comic book industry’s Will Eisner Comic Book Hall of Fame in 1995 and the Jack Kirby Hall of Fame in 1999. In May 2010, Frazetta passed away in his Florida home, one year after losing his wife, Ellie Frazetta 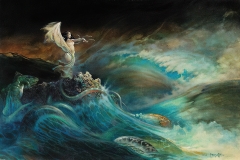 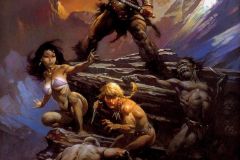 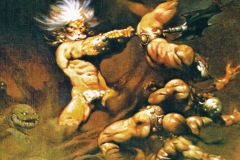 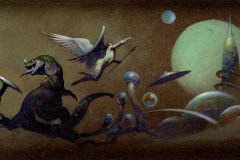 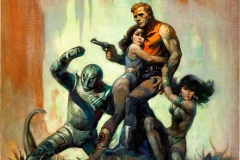 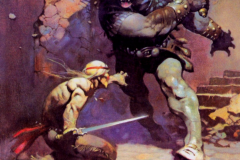 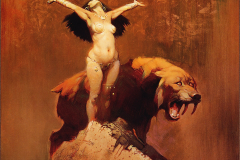 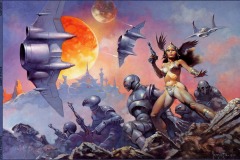 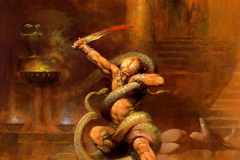 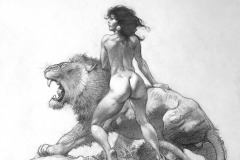 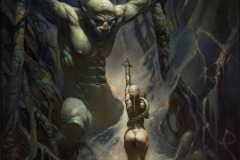 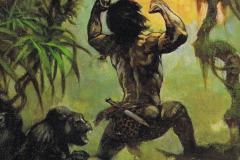 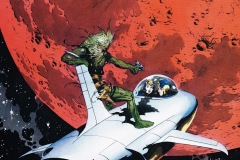 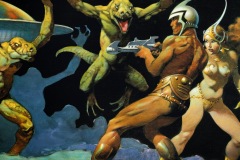 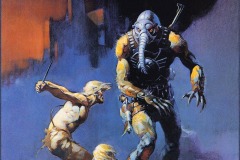 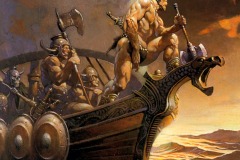 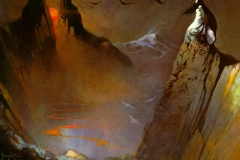 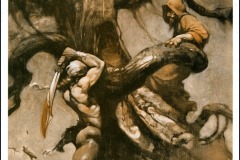 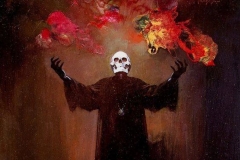 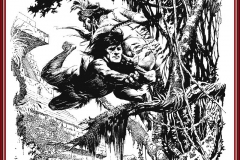 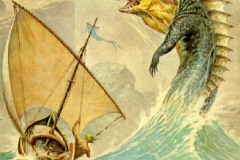 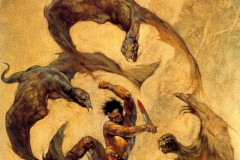