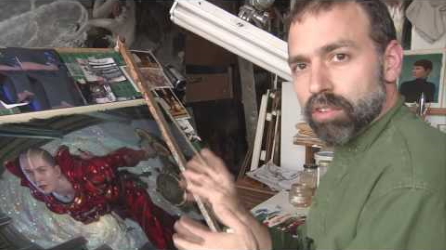 Donato Giancola was born in 1967 and raised in Colchester, near Burlington, in the state of Vermont. He currently resides in Brooklyn with his wife and two daughters. Giancola first majored in electrical engineering at the University of Vermont, but left for Syracuse University to seriously pursue painting in 1989. He graduated with a BFA in 1992. Giancola describes himself and his work as a ‘classical-abstract-realist working with science fiction and fantasy’ and lists Hans Memling, Jan van Eyck, Velázquez, Caravaggio, Vermeer, Piet Mondrian, Rembrandt, Rubens and Titian as his favorite artists. Giancola has illustrated cards for the Magic: The Gathering collectible card game. He has been described as a “cult hero” among fantasy collectible card game players. In 2008, the Bennington Banner referred to him as “arguably the most popular and successful sci-fi/fantasy artist working today”. In 2021 U.S. Postal Service announced that a “three ounce” stamp featuring Ursula K. Le Guin would be issued later that year, featuring a portrait of Le Guin based on a 2006 photograph, against a background scene from “The Left Hand of Darkness”, created by Giancola and art director Antonio Alcalá. 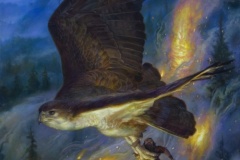 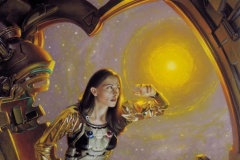 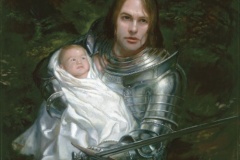 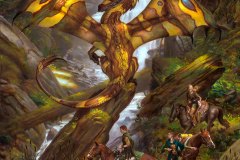 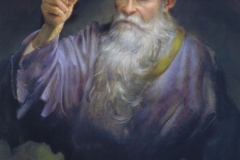 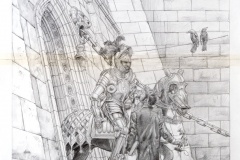 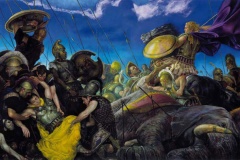 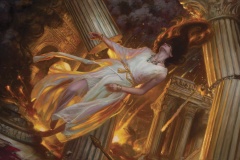 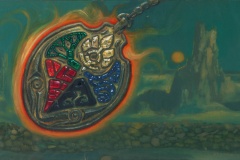 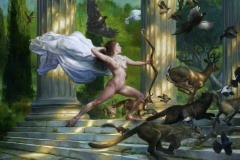 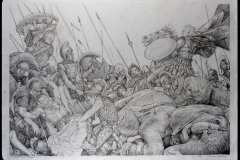 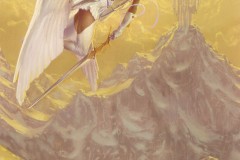 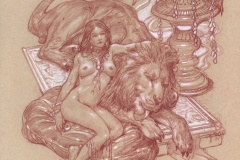 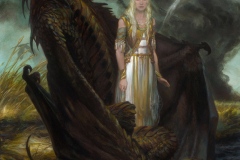 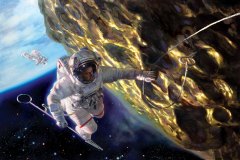 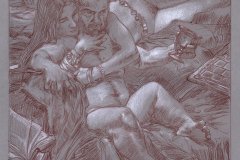 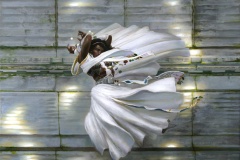 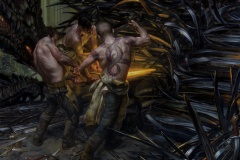 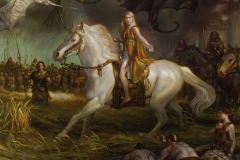 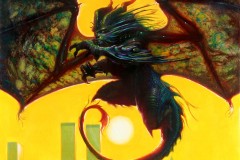 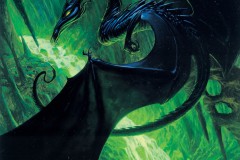 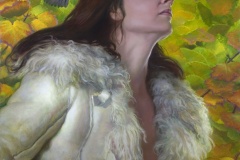 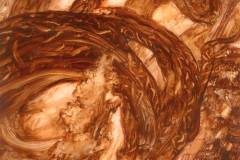 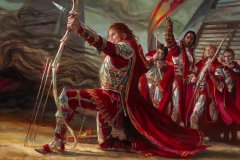