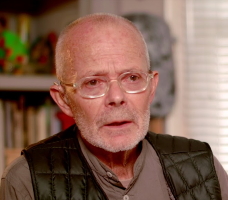 Ian Miller (born 11 November 1946) is a British fantasy illustrator and writer best known for his quirkily etched gothic style and macabre sensibility, and noted for his book and magazine cover and interior illustrations, including covers for books by H. P. Lovecraft and contributions to David Day’s Tolkien-inspired compendiums, work for Fighting Fantasy gamebooks and various role-playing and wargaming publications, as well as contributions to the Ralph Bakshi films Wizards and Cool World. Miller’s earliest work included magazine and book jacket illustrations, including a host of illustrations for paperback titles by H.P.Lovecraft, and work for Men Only and Club International. In 1975 and 1976 whilst Miller was staying in San Francisco, he was approached by Ralph Bakshi and invited to contribute to the film Wizards. Miller relocated to Los Angeles and worked on the animated movie, later citing it as an experience that left a profound impression upon him. He later went on to work on Bakshi’s film Cool World in the 1980s, produce pre-production work for the film Shrek in the 1990s, and contribute designs and illustrations to the 2005 film MirrorMask. Death on the Reik, which featured as the cover of the Warhammer Fantasy Roleplay campaign instalment of the same name, and exhibiting Miller’s line and wash method, restricted use of colour and the ‘gnarled trees’ Patrick Woodroffe refers to below. Miller is well known for his work for the Fighting Fantasy gamebooks which rose to popularity in the mid-1980s, providing covers for early titles in the series like The Citadel of Chaos, House of Hell and Creature of Havoc. He has also contributed to the Games Workshop-published fantasy gaming periodical White Dwarf in which he was featured in an Illuminations exposé in issue 86, and provided numerous illustrations for various role-playing and war gaming books and supplements published by Games Workshop during the latter half of the 1980s, including the covers for Terror of the Lichmaster, Death on the Reik1 and Warhammer City for Warhammer, and a host of illustrations for the Realm of Chaos supplement and the first edition of Warhammer 40,000. In the following decades Miller went on to provide further illustrations for gaming lines published by other companies, including the Everway, Shadowrun, and Earthdawn RPGs. Miller has exhibited frequently during his career in both solo shows and group exhibitions in Britain and internationally. Current projects include the production of a series of black and white panel drawings called Corpus Pandemonium, and a book called The Broken Novel, a reworked film project called The Confessions of Carrie Sphagnum, a set of Tarot cards, and a theatre project entitled The Shingle Dance. 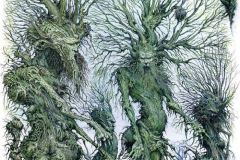 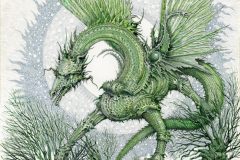 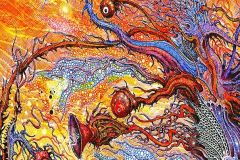 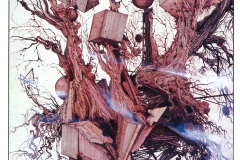 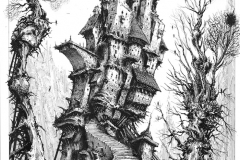 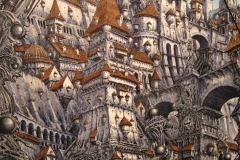 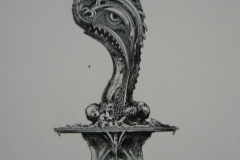 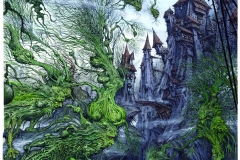 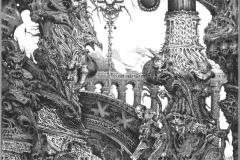 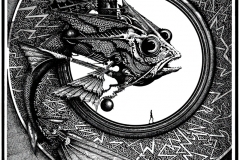 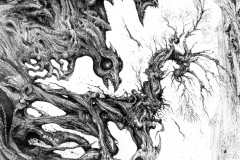 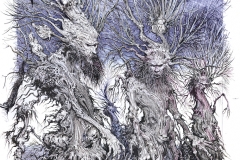 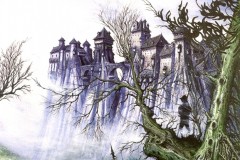 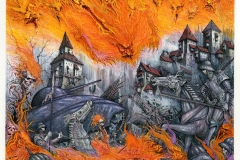 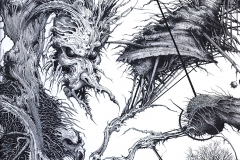 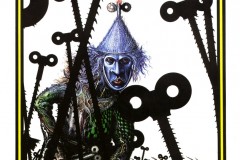 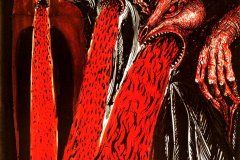 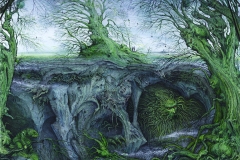 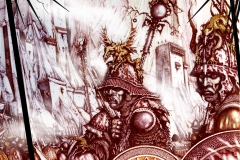 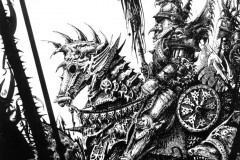 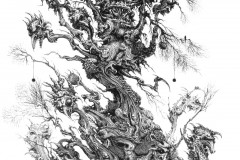 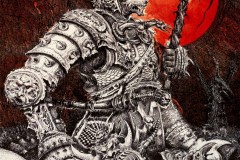 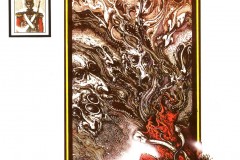 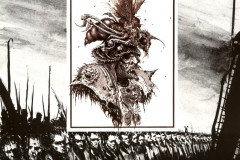