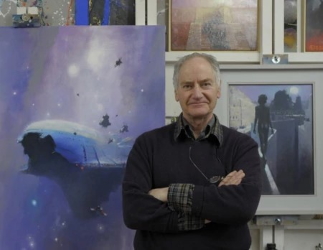 John Harris began painting at age 14 and entered Luton College of Art at the age of 16. After completing a foundation course, he entered Exeter University in 1967 to study painting. Graduating in 1970, he traveled and studied transcendental meditation, an increasing influence on his works. On his return to England in 1976, John Harris began exploring the theme of monumental scale and space, producing a series of science fiction art. In the late 1970s he joined Young Artists, the premier agency for the emerging movement of science fiction art in the UK. His illustrations during this period have now become collectors’ items, including Jack McDevitt’s Nebula Award-winning Seeker. His painting MASS: The Building of FTL1 was used by Psygnosis for the cover of their 1990 video game Awesome. In 1984 Harris was commissioned to create a painting of the Endeavour space shuttle launch at NASA’s Kennedy Space Centre. He was captivated by the intense tangerine glow created by the craft’s vapor exhaust and made a painting of the shuttle’s gantry tower, bathed in light. That work now part of the Smithsonian Museum Collection. In 1998 The Royal Caribbean commissioned him to paint a number of large canvases to be displayed as permanent fixtures in their new range of ocean cruise ships, resulting in over 70 marine paintings. The majority of this collection being of the J-class trinity – Endeavour, Shamrock and Velsheda. In 2000 Paper Tiger Books published a collection of Harris’s work, Mass. In 2014, Titan Books published a new collection of his works called, ‘Beyond the Horizon; The Art of John Harris’, currently in its second reprint (2015). Harris currently lives in Devon, England. He is married to Sarah Harris and has two children, Sophie and Ben. In 2015, Harris received the Chesley Award for Life Time Achievement. 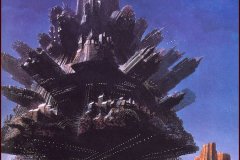 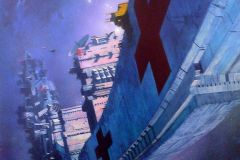 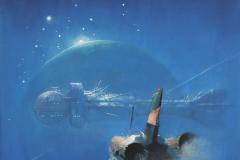 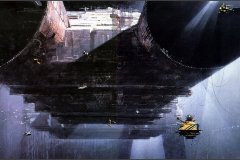 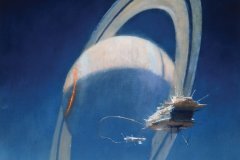 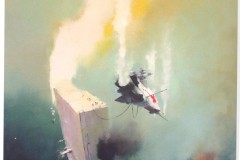 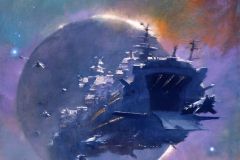 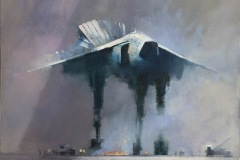 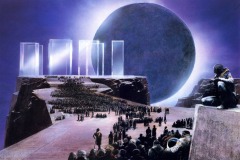 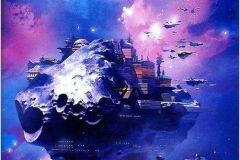 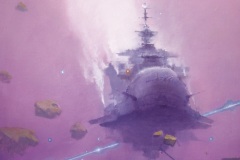 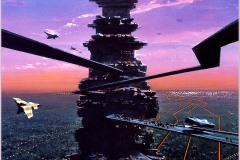 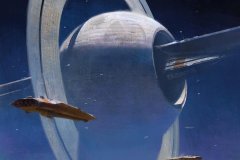 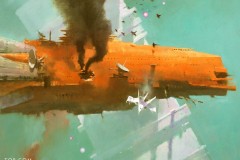 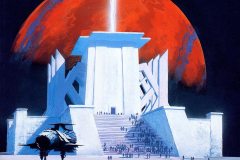 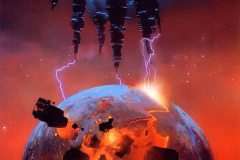 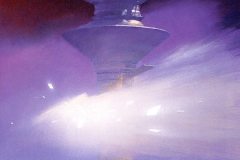 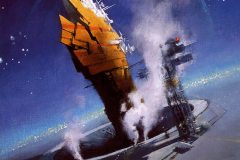 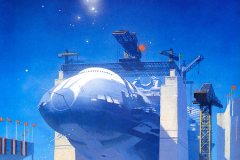 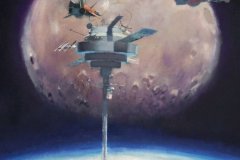 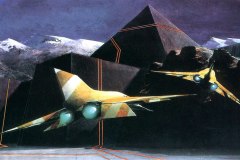 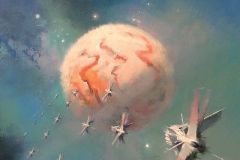 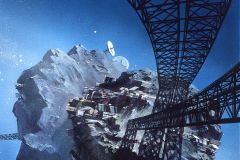 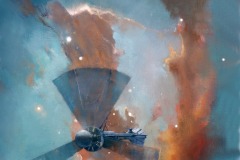