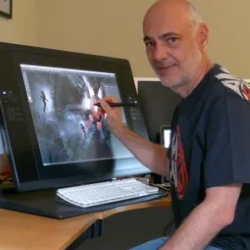 Fred Gambino saw an exhibition of Chris Foss’ work while he was at art school, 1977, and this convinced him to pursue a career in SF illustration. An early introduction to David Larkin, art director at Pan Books, resulted in his first commission, and soon he was getting freelance assignments from Sphere Books and other publishers. A contract in 1984 with Orbit Books led to jobs producing cover art for historical, romance, crime and children’s books – although SF remains his favorite genre. Fred started with oils after college, then switched to acrylic in the early 1980s, using traditional airbrush techniques. When it became physically impossible to do more work in the hours available he decided that computers were the answer. He took to the new media like a duck to water, becoming an artist at the forefront of the first generation to exploit computer techniques. Now, most of his illustrative work is produced solely on computer and for the past few years he’s worked mainly on films and computer games. Some of his best early work was featured in two anthologies: Space Patrol: the Official Guide to the Galactic Security Force (Crescent, 1980) and Star Quest: An Incredible Voyage into the Unknown (Intercontinental Book Productions, 1978). His solo artbook “Ground Zero,” was published by Paper Tiger 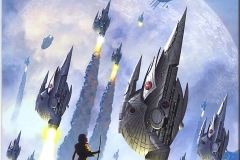 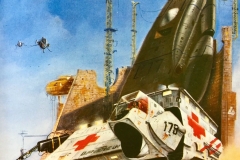 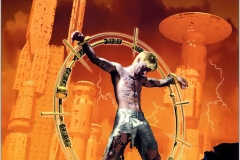 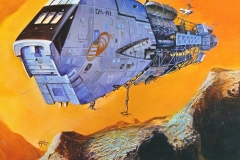 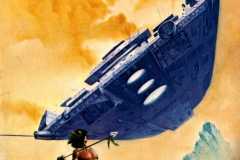 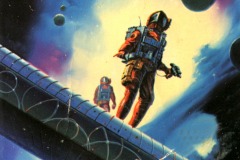 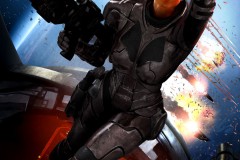 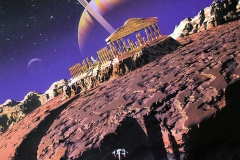 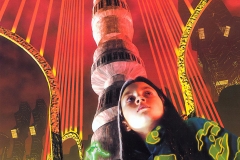 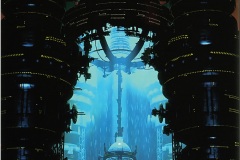 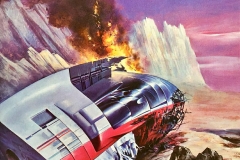 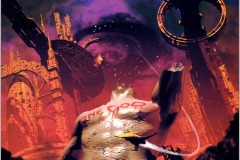 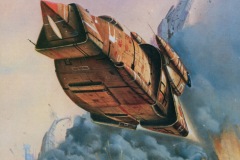 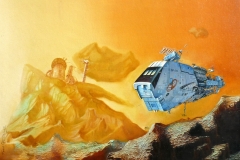 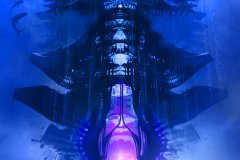 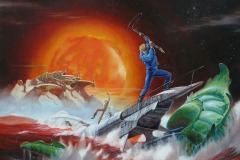 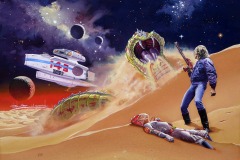 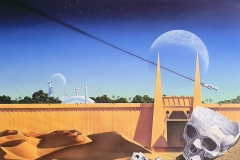 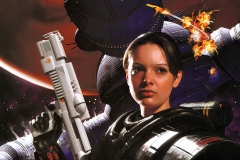 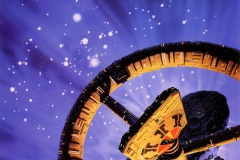 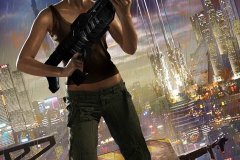 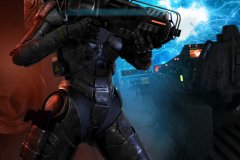 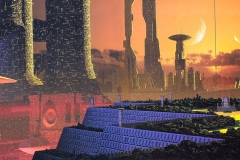 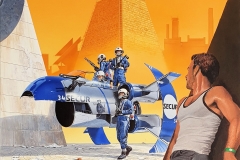