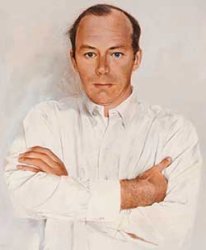 John Berkey (August 13, 1932 – April 29, 2008) was an American artist known for his space and science fiction themed works. Some of Berkey’s best-known work includes much of the original poster art for the Star Wars trilogy, the poster for the 1976 remake of King Kong and also the “Old Elvis Stamp”. Berkey produced a large body of space fantasy artwork, producing utopian scenes of bubble-shaped, yacht-like spaceships. His distinctive painterly style has been evaluated as “at once realistic, yet impressionistic and abstract”, and his space craft designs as being “distinctly elegant, yet clearly technological and unmistakably Berkian; more inspired by luxury yachts and manta rays than NASA”. He has been described as “one of the giants in the history of science fiction art”. John Berkey was born in Edgeley, North Dakota in 1932. Berkey’s early childhood was spent in Aberdeen, South Dakota. When he was aged six, he and his family moved to St. Joseph, Montana and then to Excelsior, Minnesota. In 1950, Berkey graduated from high school and went on to study at the Minneapolis School of Art. He resided in Shorewood, Minnesota. Berkey worked as a freelance artist from the 1960s, after an eight-year stint at Brown & Bigelow, a St. Paul, Minnesota advertising agency. There, he produced up to seventy calendar paintings a year, which featured historical scenes of the American pioneers, road and railway construction, agricultural and industrial scenes. Berkey died of heart failure on April 28, 2008 at his home in Excelsior, Minnesota. Many of his original paintings are periodically on display at ArtOrg in Northfield, Minnesota. In his lifetime, Berkey influenced a number of artists, especially science fiction artists, among them James Gurney, Drew Struzan, Vincent Di Fate, Stephen Youll, John Picacio, Brandon Peterson and Michael Kaluta Artist Corrie Erickson studied under Berkey. 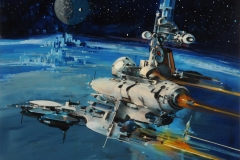 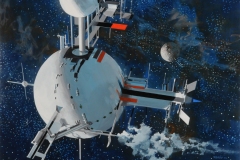 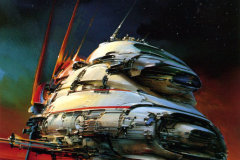 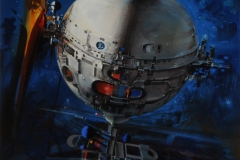 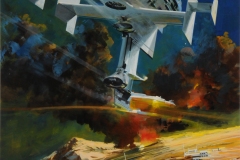 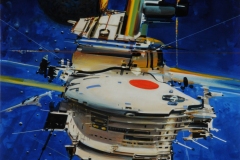 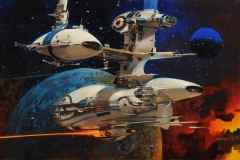 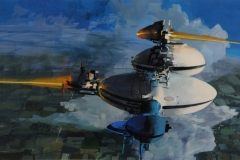 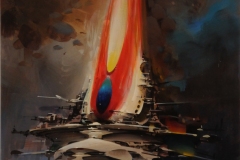 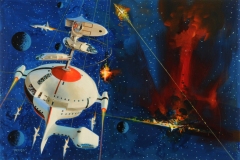 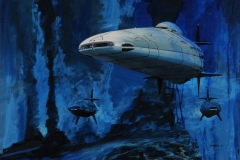 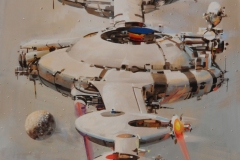 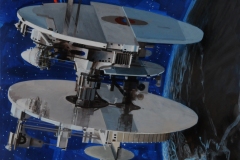 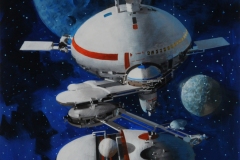 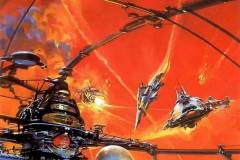 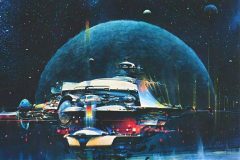 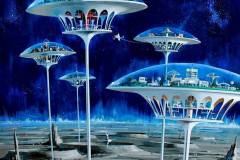 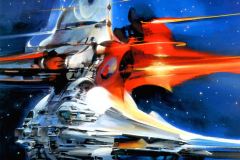 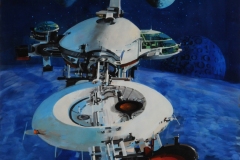 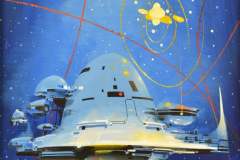 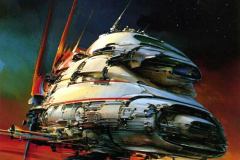 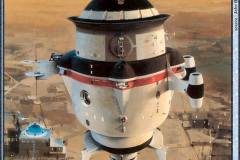 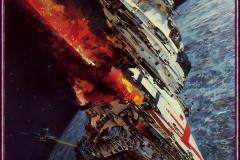