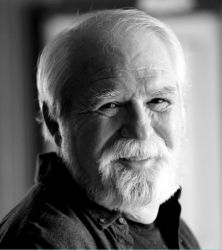 Larry Elmore has been creating fantasy and science fiction art for over 40 years. After receiving a BFA degree from Western Kentucky, he married Betty Clemons and was drafted into the army almost at the same time. After two years in the service, he got a job at Fort Knox, Kentucky as an illustrator. In addition, he started freelancing at home and was published in a few magazines, including Heavy Metal and National Lampoon. During this time he produced his best work with his wife, and two children, Jennifer and Jeremy.Eventually, he was contacted by TSR Inc., the company that produced the role playing game Dungeons & Dragons, and went to work there from 1981 to 1987. While at TSR, he helped set the standards of gaming art in the role-playing genre. Besides creating covers for Dungeons & Dragons, AD&D, Star Frontiers and other gaming books, I created SnarfQuest Tales for the company’s Dragon Magazine. he may be best known for his work with the world of Dragonlance, exemplified by the covers of the DRAGONLANCE book series.Since 1987, Larry has been working as a freelance illustrator, creating covers for comics, computer games, magazines, fantasy and science fiction books and many other projects. He’s worked for other publishers such as BAEN books, Bantam, Warner Books, ACE/Berkley, Doubleday, and Del Rey. He’s also the co-author of Runes of Autumn and creator of the Sovereign Stone series. In the gaming and comic industries, he freelanced for TSR, Inc, FASA, Mayfair Games, Game Designer’s Workshop, White Wolf, Iron Crown Enterprises, Dragon Magazine, Amazing Magazine, Wizard Press, D. C. Comics, First Comics, Eclipse Comics and Frank Frazetta’s Fantasy Illustrated. Miscellaneous credits include LJN Toys, Mattel, Lucas Films, Tonka, Monogram Models, Western Publishing, Sony Entertainment’s EverQuest, and various computer game covers. 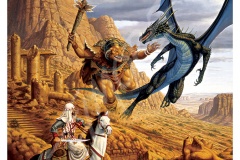 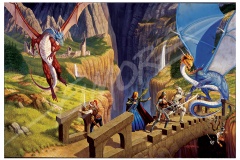 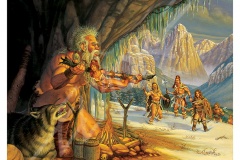 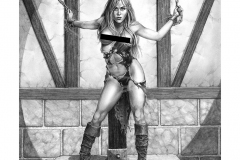 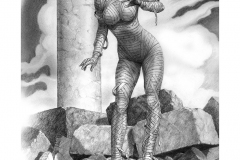 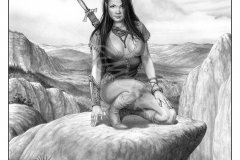 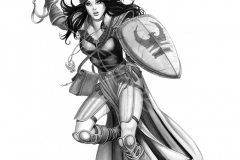 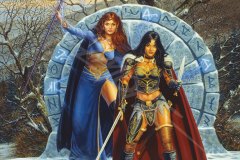 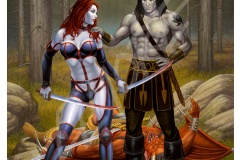 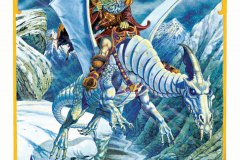 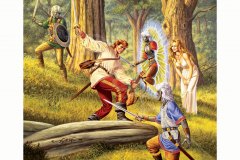 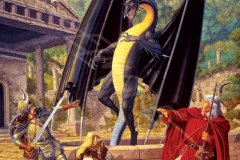 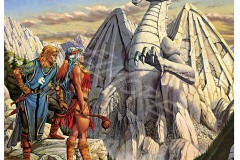 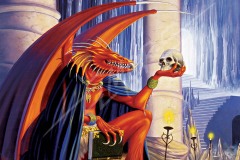 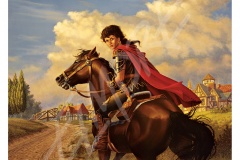 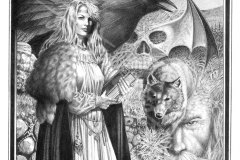 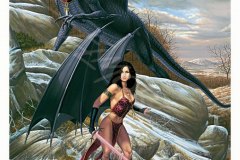 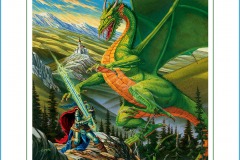 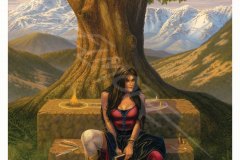 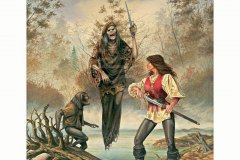 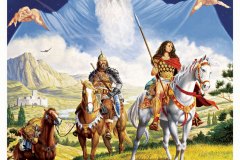 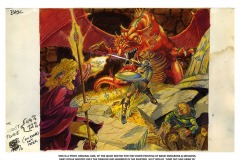 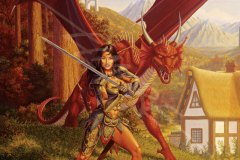 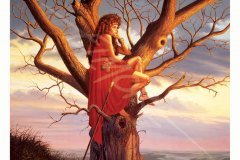