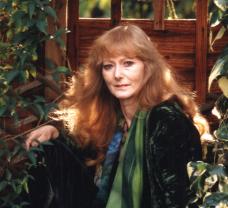 Josephine Wall (born May 1947 in Farnham, Surrey) is a popular English fantasy artist and sculptor. Educated at Farnham and Parkstone (Dorset) grammar schools, she studied at Bournemouth College and worked at Poole Pottery as a designer and painter of Delphis Ware. Her pottery figures include characters from Tolkien’s Lord of the Rings and mythological creatures. Pieces of this work now feature in a book on the history of Poole Pottery. Her paintings are mainly influenced and inspired by Arthur Rackham, with lesser influences from surrealist artists such as Magritte and Dalí, and the romanticism of the pre-Raphaelites. A number of her works were exhibited in Teheran and Tokyo during 1974 and her first solo exhibition took place the following year in Swindon. Josephine and her paintings were the subject of a special feature on Southern Television in 1990. Following a visit to the Spring Fair in Birmingham in 1993 she signed contracts with firms in Britain and Switzerland to publish her work as prints, posters and cards for worldwide distribution. Her originals and limited edition prints by are often sold through Courtenay’s Fine Art and Courtyard of Romance. In addition to a range of Limited Edition Prints, Josephine Wall continues to work with her exclusive licensing agents Art Impressions in California (Art Impressions Inc. www.artimpressionsinc.com) who began licensing her work around the world in 1996. They are responsible for finding the contacts and setting up licensing deals. It has been used for greeting cards, calendars, posters, stained glass, craft transfers (“T” shirts), journals, stationery, cheques and cheque covers, mugs, magnets, suncatchers, treasure boxes, wall murals, scrapbook paper sets, fabric squares, figurines, and puzzles. In 1998 five original works were selected for an exhibition at London’s Mall Gallery entitled “Art of the Imagination”. Josephine has subsequently joined the circle of artists in the society of the same name. Since then her works have been selected by Ron and Yvette Emard (Founders of Courtyard of Romance) for exhibitions at New York Art Expo and have been the subject of a book “The Fantasy World of Josephine Wall”, jointly published by the artist and Courtyard of Romance. Pop singer Britney Spears has used a number of Josephine’s images on her website. Britney also purchased a number of Limited Edition prints and Josephine is working on an original painting for her. Ron and Yvette Emard have also been featured in at least two of Josephine’s paintings and are the proud owners of the largest private collection of Josephine Wall originals in the world.
Website 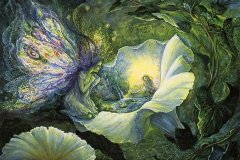 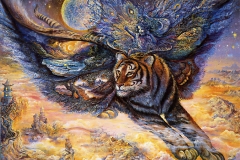 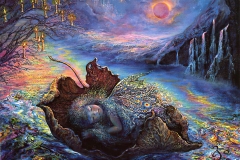 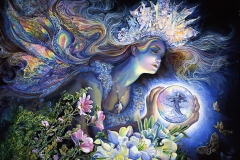 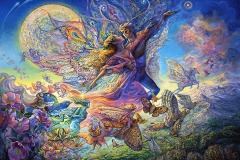 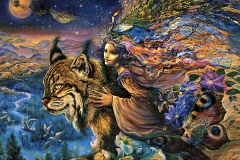 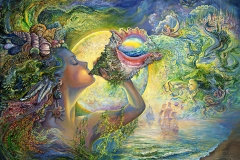 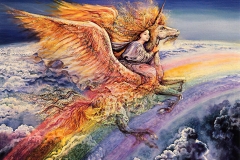 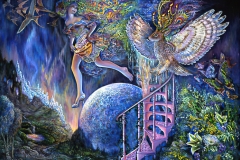 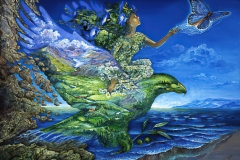 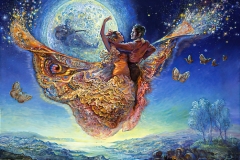 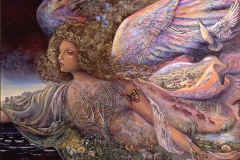 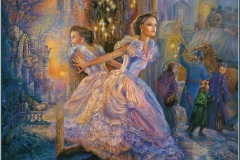 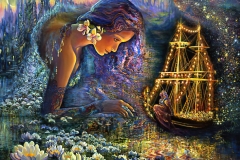 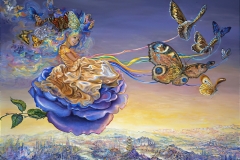 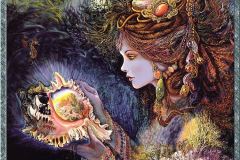 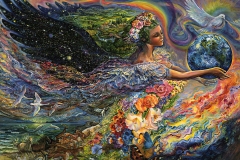 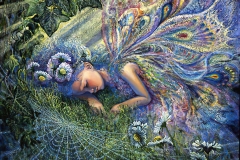 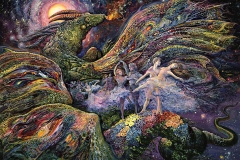 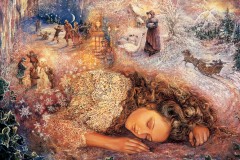 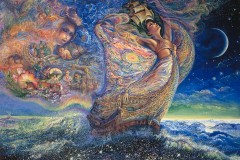 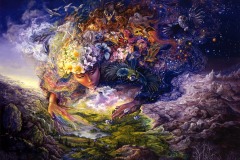 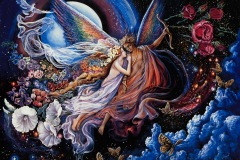 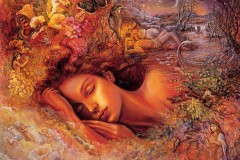