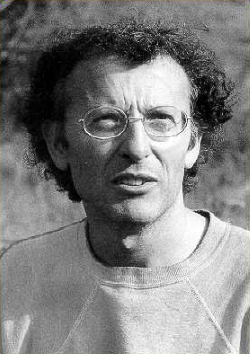 Jean “Moebius” Giraud (8 May 1938 – 10 March 2012) was a French artist, cartoonist, and writer who worked in the Franco-Belgian bandes dessinées (BD) tradition. Giraud garnered worldwide acclaim under the pseudonym Moebius (/ˈmoʊbiəs/; French: [məbjys]), as well as Gir outside the English-speaking world, used for the Blueberry series—his most successful creation in the non-English speaking parts of the world—and his Western-themed paintings. Esteemed by Federico Fellini, Stan Lee, and Hayao Miyazaki, among others, he has been described as the most influential bandes dessinées artist after Hergé. His most famous works include the series Blueberry, created with writer Jean-Michel Charlier, featuring one of the first antiheroes in Western comics. As Mœbius, he created a wide range of science-fiction and fantasy comics in a highly imaginative, surreal, almost abstract style. These works include Arzach and the Airtight Garage of Jerry Cornelius. He also collaborated with avant garde filmmaker Alejandro Jodorowsky for an unproduced adaptation of Dune and the comic book series The Incal. Mœbius also contributed storyboards and concept designs to numerous science-fiction and fantasy films, such as Alien, Tron, The Fifth Element, and The Abyss. Blueberry was adapted for the screen in 2004 by French director Jan Kounen. 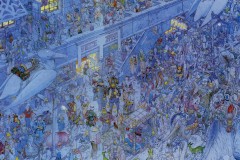 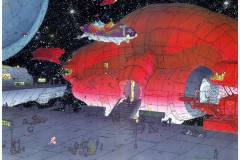 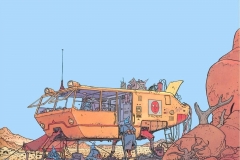 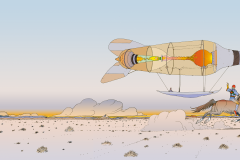 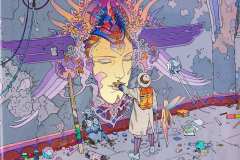 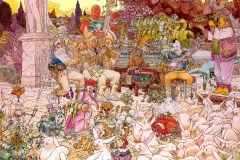 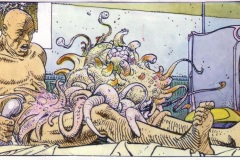 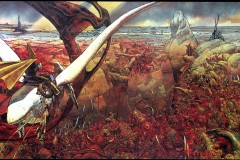 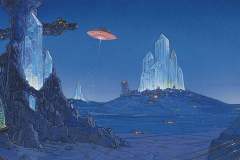 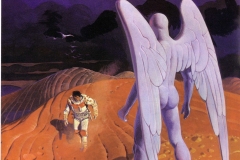 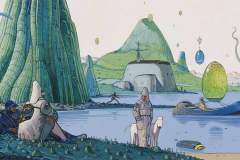 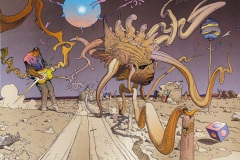 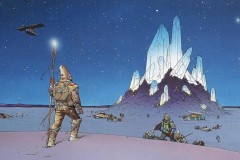 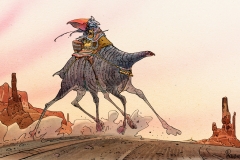 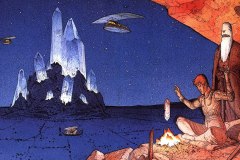 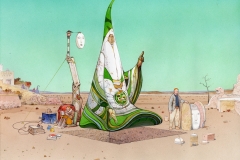 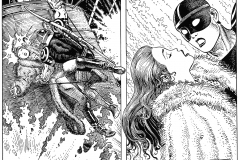 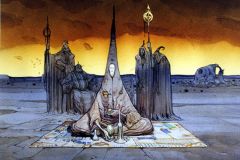 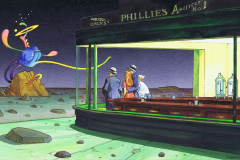 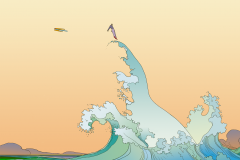 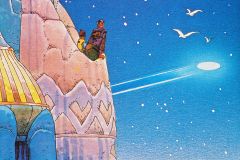 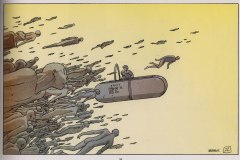 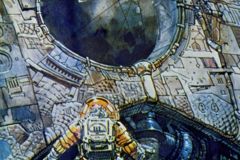 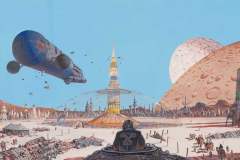