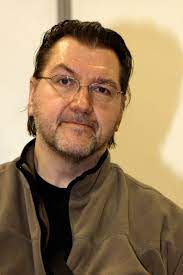 Joe Jusko (born September 1, 1959) is an American artist known for his realistic, highly detailed painted fantasy, pin-up, and cover illustrations, mainly in the comic book industry. Jusko painted the 1992 Marvel Masterpieces trading cards, the popularity of which has been credited with initiating the painted trading card boom of the 1990s. Born in Manhattan’s Lower East Side and growing up in New York City, the son of a construction worker and a homemaker, Jusko attended the High School of Art and Design, where his instructors included Bernard Krigstein. He graduated in 1977 with the DC Comics Award of Excellence in Cartooning. After graduating, Jusko worked as an assistant for five months for Howard Chaykin, which led to Jusko selling his first cover for Heavy Metal magazine at the age of 18. Forgoing college, Jusko went straight into commercial illustration. Jusko has worked for almost every major comic-book publisher, producing hundreds of images for both covers and interiors. In addition to his long stint as one of the main cover artists for The Savage Sword of Conan, Jusko has painted every major Marvel Comics character, including the Hulk and the Punisher. Jusko has also produced covers and interior art for many other comics companies and characters, including DC Comics, Crusade Comics, Innovation Comics, Harris Comics, Wildstorm Comics, Top Cow Productions, and Byron Preiss Visual Publications. Besides the 1992 Marvel Masterpieces trading card set, Jusko painted the 1995 Art of Edgar Rice Burroughs trading cards. His work is featured in the 1996 card set Fleer’s Ultra X-Men Wolverine Cards, as well as Conan the Barbarian and Vampirella trading card sets. Jusko has also produced storyboards for ad agencies, for such notable clients as the World Wrestling Federation. Jusko provided the promotional poster artwork for WrestleMania VII in 1991. Jusko produced the collection, The Art of Joe Jusko (Desperado Publishing, 2009), as well as a graphic novel adaptation of Steve Niles’s supernatural detective Cal MacDonald. Upper Deck announced a new Marvel Masterpiece series to go along with their 25th Anniversary. Scheduled for the end of this year, Jusko, just like the original will be completing all new 135 base card images (1992’s base card series contained 100 cards). Conan: Adventures in an Age Undreamed Of (2016, Modiphius Entertainment, inner pages illustrations by Joe Jusko, among others) At one point in his career, Jusko became “disillusioned with the lack of work . . . and became a [New York City] police officer. After several years I realized art was my main passion and went back to it full time. Luckily, the second time was a charm and my career took off.” After the September 11, 2001, terrorist attacks, Jusko created the Police and Firefighter Heroes of September 11 lithograph, all proceeds of which went to the New York City Police and Fire Department Widows’ and Orphans’ Fund. Jusko won the Comics Buyer’s Guide Fan Award for Favorite Painter in 1992 and 1993, and the Wizard Fan Award for Favorite Painter in 1993 and 1994. His fully painted graphic novel Tomb Raider: The Greatest Treasure of All won a Certificate of Merit from the Society of Illustrators (which accepted Jusko as a member in 2007). 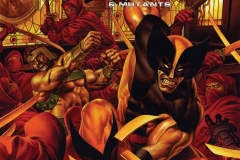 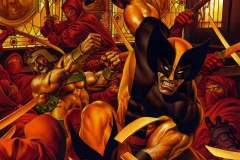 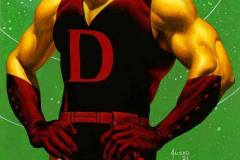 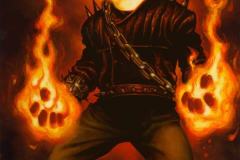 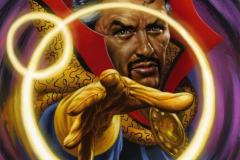 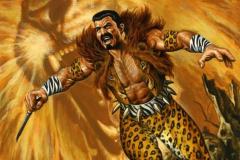 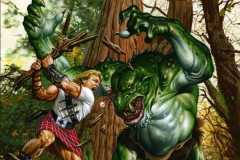 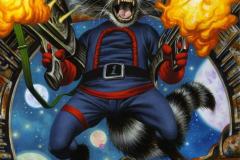 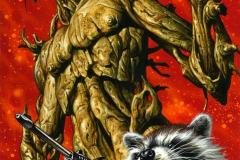 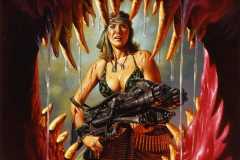 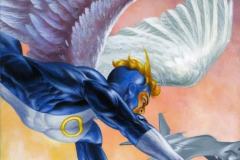 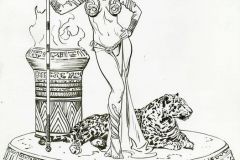 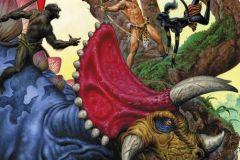 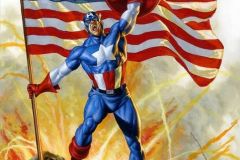 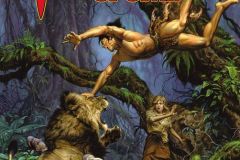 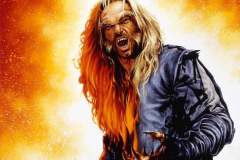 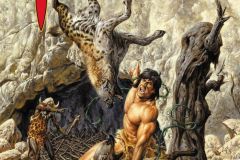 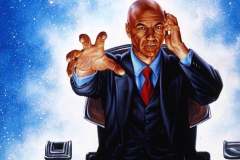 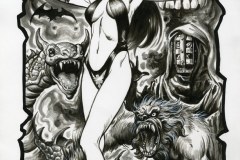 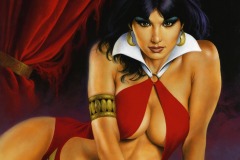