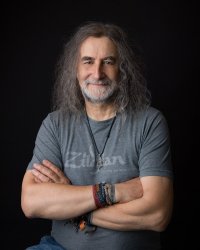 Rodney Matthews is an illustrator and conceptual designer of fantasy and science-fiction. Trained at the West of England College of Art, Matthews worked in advertising before turning freelance in 1970. Matthews has painted over 130 subjects for record album covers, for many rock and progressive rock bands. More than 90 of his pictures have been published worldwide, selling in poster format, as well as many international editions of calendars, jigsaw puzzles, postcards, notecards, snowboards and T-shirts. His originals have been exhibited throughout the UK and Europe. Of particular note, he was a regular exhibitor at Britain’s foremost illustrators’ gallery, the Chris Beetles Gallery, in London’s West End, where he met English comedian, actor, writer and producer John Cleese. Matthews has illustrated numerous books, including those by English fantasy and science-fiction author Michael Moorcock. Their collaboration in the 1970s resulted in a series of 12 large posters, depicting scenes from Moorcock’s ‘Eternal Champion’ series. These images were also used for a 1978 calendar entitled ‘Wizardry and Wild Romance’. In 1998, Matthews and the late Gerry Anderson completed Lavender Castle, a children’s animation series. It was produced at Cosgrove Hall Films in Manchester, England and purchased by ITV for the UK. Matthews has also contributed concept designs for the 2005 movie ‘The Magic Roundabout’. He supplied conceptual designs for computer games such as the Sony/Psygnosis game Shadow Master and Haven: Call of the King, published by Midway. Matthews has produced some publicity and a logo for the UK’s pioneering green energy company Ecotricity. 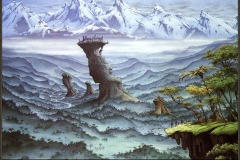 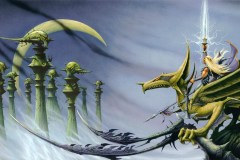 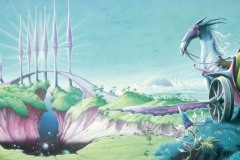 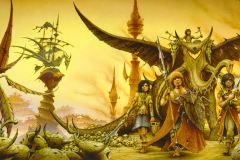 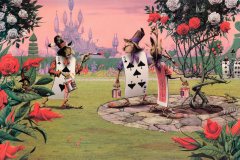 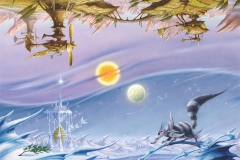 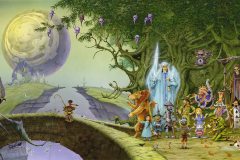 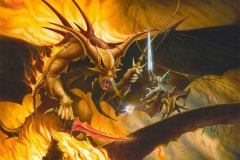 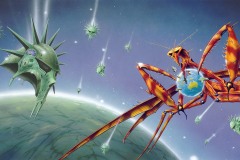 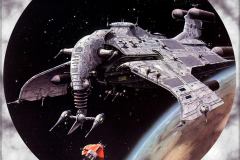 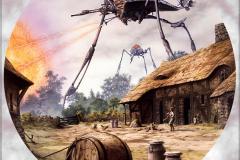 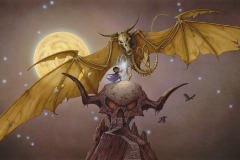 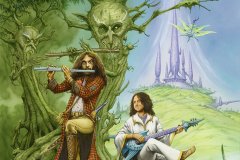 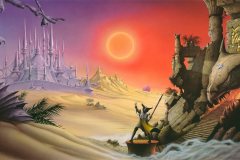 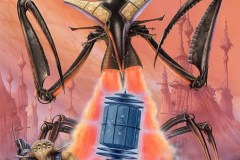 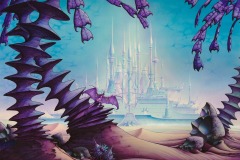 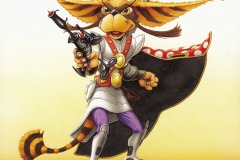 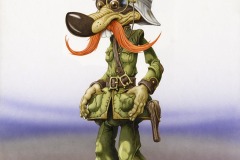 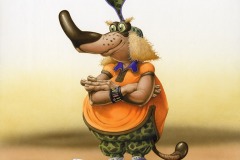 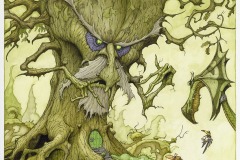 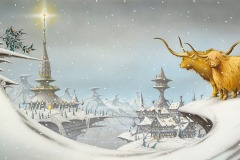 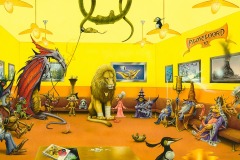 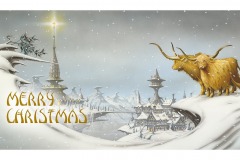 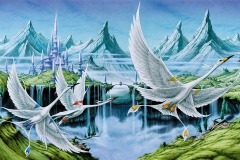