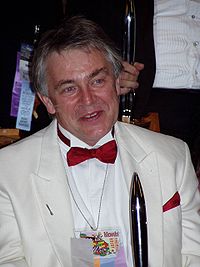 Jim Burns (born 10 April 1948) is a Welsh artist born in Cardiff, Wales. He has been called one of the Grand Masters of the science fiction art world. In 1966 he joined the Royal Air Force, but soon thereafter he left and signed up at the Newport School of Art for a year’s foundation course. After that, he went on to complete a 3-year Diploma in Art and Design at Saint Martin’s School of Art in London. When he left Saint Martin’s in 1972 he had already joined the recently established illustration agency Young Artists. He has been with this agency, later renamed Arena, ever since. He is today a contemporary British science fiction illustrator. His work mostly deals with science fiction with erotic overtones. His paintings are generally intricate photo-realistic works of beautiful women set against advanced machines and spaceships. While his preparatory sketches are more erotically focused, his final works and published book covers have a more academic tone portraying far off and imaginary worlds. Apart from book and game covers, Burns briefly worked with Ridley Scott on Blade Runner, and his illustrations and paintings comprise much of the book Mechanismo by Harry Harrison. He has also had books of his own works published, including Lightship, Planet Story (written by Harry Harrison), Transluminal, and Imago. Burns won the Hugo award for best professional artist three times and has also been awarded 12 BSFA awards. Well regarded in fandom, he was artist guest of honour at the 1987 Worldcon. 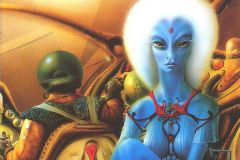 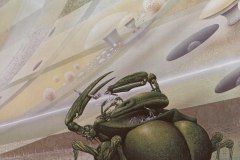 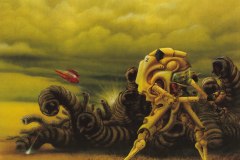 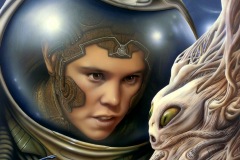 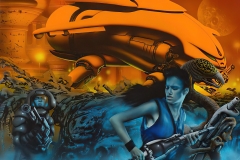 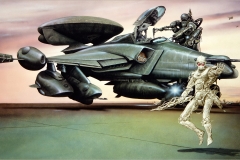 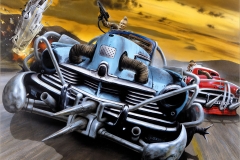 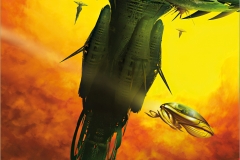 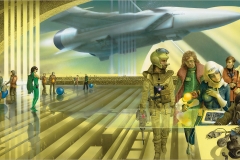 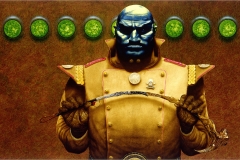 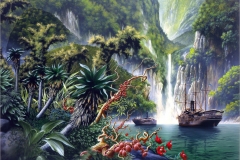 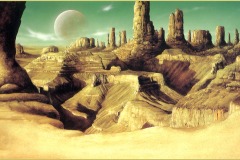 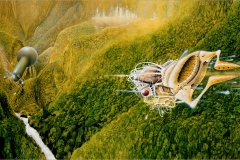 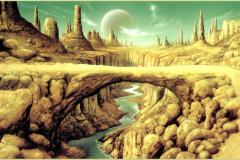 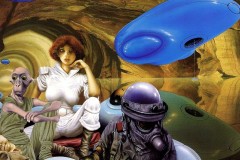 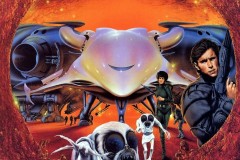 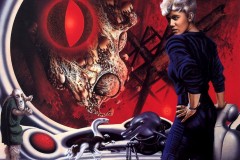 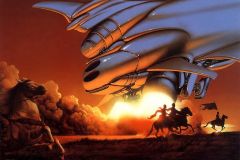 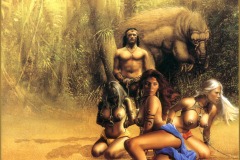 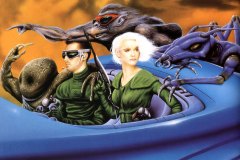 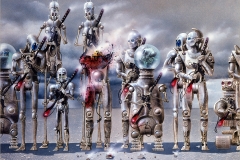 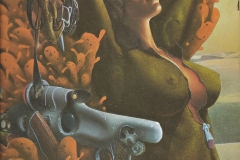 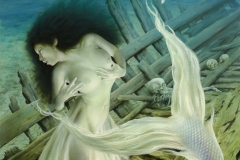 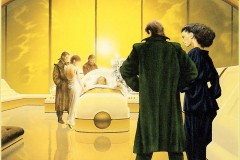